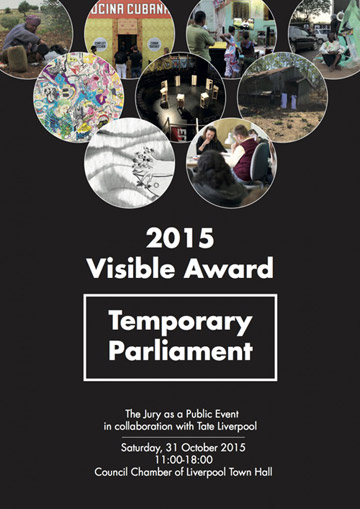 Visible – where art leaves its own field and becomes visible as part of something else is a research project in contemporary art that has been undertaken by Cittadellarte-Fondazione Pistoletto in collaboration with Fondazione Zegna, curated by Matteo Lucchetti e Judith Wielander.
The Visible Award is the first European award for socially engaged artistic practices in a global context.
First awarded in 2011, and then again in 2013, 2015 will be the first time the award is decided through an open jury consultation in the form of a temporary parliament. 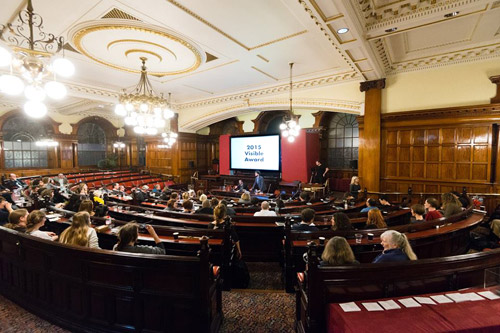 The jury session takes place in the grand Council Chamber of Liverpool Town Hall, and brings together artists, experts, and users of socially engaged artistic practices in a one-day conversation that will try to merge the procedures and criteria of an evaluation process with the discursive elements that characterise panel discussions on the relationship between arts and society.
The event, free and open to the public, is focused on assessing the merits of the shortlisted artistic projects (all currently operational) and on the selection of the winner of the 2015 Visible Award, through an open vote.
The 2015 Visible Award has been developed in collaboration with Chris Dercon, Director, Tate Modern, and chaired by Francesco Manacorda, Artistic Director, Tate Liverpool, who coordinates the debate, together with Andrea Phillipsin the role of advocate for the projects, between a group of experts operating in different fields of culture, brought together to assess the merits of the artistic projects and lead the selection of the winner of the 2015 Visible Award.
Among the invited experts: Assemble (art collective, London), John Byrne (Senior Lecturer in Fine Art at Liverpool School of Art and Design, Liverpool), Beatrice Catanzaro (artist, Milan), Anna Colin (co-director of Open School East, London), Ekaterina Degot (artistic director of the Academy of the Arts of the World, Cologne), Christine Eyene (Guild Research Fellow in Contemporary Art at the University of Central Lancashire), Magdalena Malm (director of the Public Art Agency, Sweden), Emily Pethick (director of The Showroom, London), Laura Raicovich (director of the Queens Art Museum, New York), Nato Thompson (chief curator at Creative Time, New York), and others.
The projects publicly debated by the jury have been shortlisted from a long list of 67 projects, selected from a list of 58 art projects nominated by the 2015 Visible advisory board and 98 projects received through open call.
The nine shortlisted projects: Abounaddara by Abounaddara Collective (Syria), Conflict Kitchen by Dawn Weleski and Jon Rubin (USA),Cinema Everywhere by Waguih El laqany (Egypt), Ecoart Uganda by Ruganzu Bruno Tusingwire (Uganda), Movimento Editorial by Cráter Invertido (Mexico), New World Summit by Jonas Staal (The Netherlands), Salt by Karrabing Film Collective (Australia), Mujawara / The Tree School by Campus in Camps and Contrafilé (Palestine-Brasil), White Paper: The Law / Convention On the Use of Space by Adelita Husni Bey (The Netherlands).
The 2015 Visible Award goes to SALT by the Karrabing Film Collective. 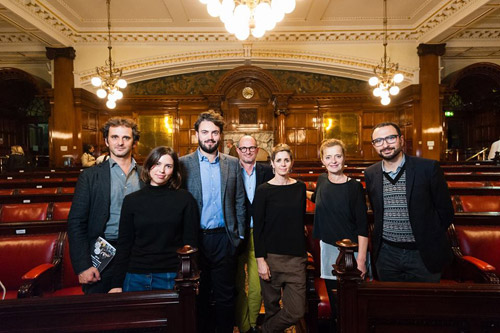 The winning project will be awarded in New York City on the 13th of November 2015 on the occasion of the second installment of The Night Art Made the Future Visible at the Creative Time Summit in New York.
further information about Visible on the website of Cittadellarte
Visible: official website
Keep in touch
FACEBOOK
followers
TWITTER
1015 followers
INSTAGRAM
0 followers
Ultimi articoli inseriti sul Journal
Subscribe to the newsletter